Co-written and directed by Jack.

“Few movies are compared simultaneously to GALAXY QUEST, THE ICE STORM, ‘Space 1999’, HAPPINESS and FAR FROM HEAVEN, but few movies are anything quite like SPACE STATION 76, a brilliantly daffy film from Jack Plotnick. Mixing a perfectly absurdist view of 1970’s science fiction with equal parts farce and tragedy, this film has a heart beating within its beige polyester astronaut uniforms. The arrival of Jessica (Liv Tyler) on Space Station 76 sets off any number of revelations among the crew, from the closeted captain (Patrick Wilson) to the unhappily married mechanic (Matt Bomer) whose wife is falling for her analyst – who happens to be a robot. Comedy, tragedy, cigarettes, disco, zero gravity, asteroids, and Qiana. SPACE STATION 76 has it all.” – LA’s Outfest Film Festival 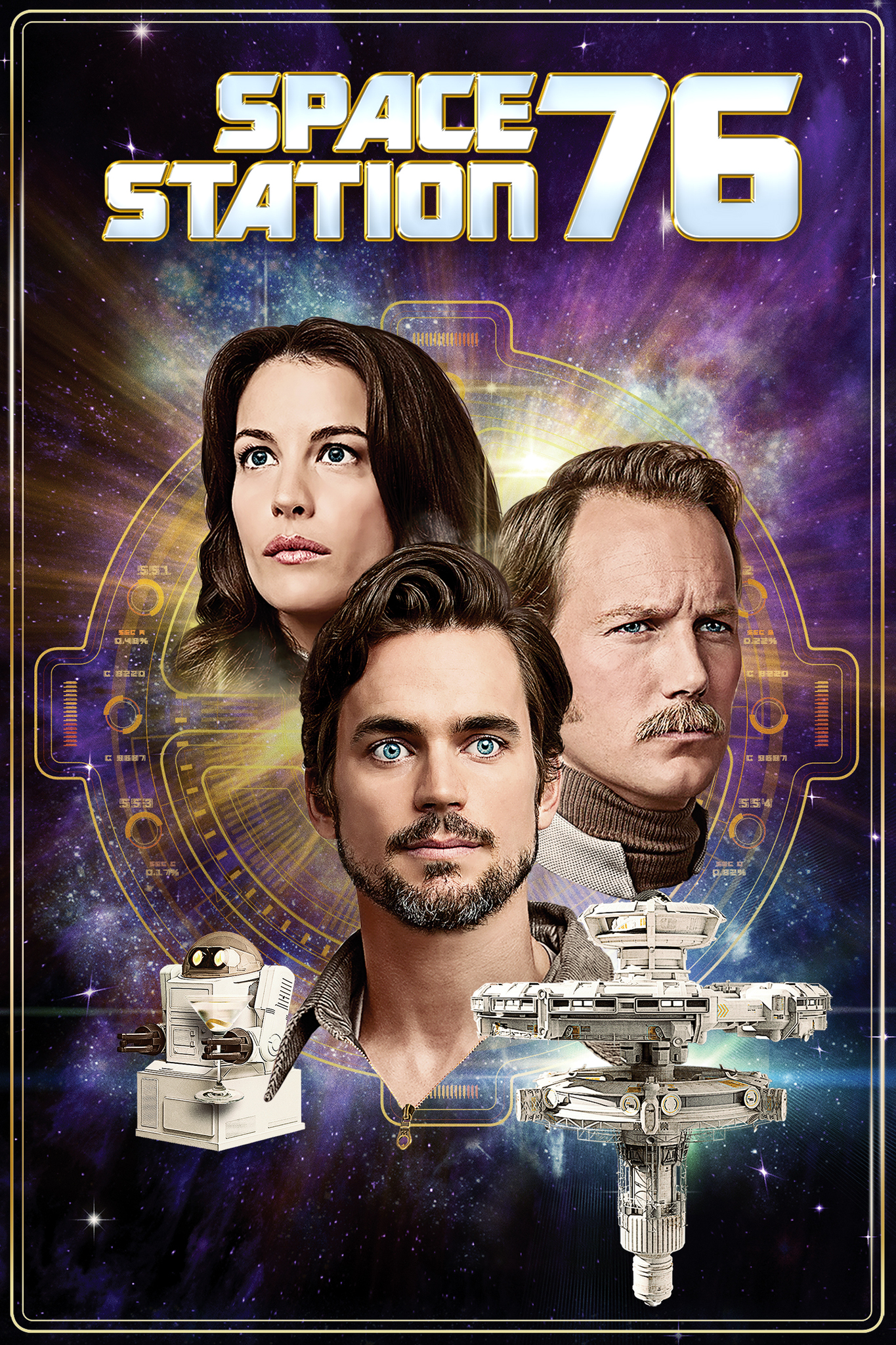 “Don’t let the time period and outer space setting fool you into thinking it’s a campy satire, this star-studded film has depth and dark comedy for days.” – Yahoo.com

“Fresh, unique and thoroughly entertaining. One of the most surprising and original movies in recent memory. Sure to become a cult classic.” – Huffington Post

“Daringly changes tone, and challenges expectation, without ever missing the beat. The acting and the design are consistently spot-on in their homage to the ’70s, but it’s smarter and deeper than the gag-fest you might expect.” – Alonso Duralde

“An intergalactic deadpan farce that suggests a daft mashup of The Ice Storm and Space: 1999.” – Variety

“There are belly laughs, but it never seems to be mocking its characters. It feels for them. Sometimes its heart breaks for them.” – RogerEbert.com

“It’s as sweet, sad as it is often laugh out loud hysterical.” – Ion Cinema

“At once a spoof of, and loving tribute to, ’70s-era visions of the future. Jack Plotnick manages to grapple with real emotional turmoil, and treats his material with a deft mixture of somber seriousness and nostalgic period-piece goofiness.” – AV Club

“Jack Plotnick’s bountiful comedy about life and loneliness and the human condition is a special kind of film: all at once familiar yet wholly unique in its tone, tenor, and vision. To say nothing of how poignant its emotional sentiment.” – The Nerdist

“(One of) the best space movies of the 21st century. Deliciously droll. It’s a classic 1970s character-drama that just happens to look like an offshoot of 2001: A Space Odyssey, and the clash between tones is always hilarious.” – Collider

“The Greatest Space Comedy Since Galaxy Quest. But it’s also a surprisingly dark character study of people who are slowly falling apart.  It’s really hard to balance zany retro weirdness with intense emotional darkness but Space Station 76 does pull it off, with lots of huge laughs and surprisingly dark, bleak humor. There’s no way to prepare you for the insanity of Space Station 76. You’re in for something really unique here.” – io9

“One of the most unique comedic experiences I’ve had in ages. The film gradually shifts from hilarity to utterly fascinating. Space Station 76 wisely meditates with genius comedic allegory.” – Twitch Film

“The pic’s visuals and CG-shunning, model-loving FX will appeal to genre fans with a nostalgic streak. Plotnick’s vision of the future of the past is peculiar enough to resist quick dismissal.” – The Hollywood Reporter

“A great surprise. It’s hilarious with an oddball visual aesthetic, but it also manages to be a true character drama. One of the funniest and most charming (movies of the year). If you like your comedy clever and subtle with a heaping of great character exploration, this one’s for you.” – IGN

“As his directorial debut, Space Station 76 demonstrates a capacity to stretch every penny…it also demonstrates the kind of talent, judgment and determination that no amount of money can buy a filmmaker who doesn’t have them.” – The Wrap

“For the most part this film is not only a superb sci-fi flick, but an excellently executed dramedy. Plotnick seems to really get how a black comedy should be handled.” – Sofa King News

“It’s hilarious, smart, and super fun. While it mostly acts as a straight comedy, there is a serious undercurrent flowing beneath the mustaches and feathered haircuts. The script is sharp, seamlessly interweaving various themes and subplots into a cohesive narrative…a complete joy, with some very funny performances and a great soundtrack.” – Film Pulse

“Dark and absurd. …the sadder moments are beautifully cut with absurdity. This quietly funny movie is worth your attention.” – Vulture.com

“A welcome treat. There is some gorgeously pitched drama and delicate character development to savor here. Plotnick and company bring plenty of laughs to the fold, as well as some surprisingly poignant moments of drama.” – Culture Fix

“This is a pitch-black dramedy with a mean-streak. 4 out of 5 stars.” – Total Film

“This may look like a wacky spoof of 1970s sci-fi — but Jack Plotnick’s beautifully designed comedy-drama actually has a lot more on its mind. We all really liked it.” – Christy Lemire (What the Flick?!)

“With his tongue planted firmly in his cheek, Jack Plotnick has made Space Station 76 a soapy space opera; a smartly satirical smoothie of 70s manifest destiny. Bold and esoteric. Through satire, Plotnick has stumbled upon some brave new world.” – Silver Screen Riot

“A stylish melodrama. Not only were the performances good and the content funny, but the attention to detail was expemplary. I would recommend that you hunt this one out, as generally, this is a film that is difficult not to like.” – Nerd Span

“A laugh riot throughout.” – Examiner

“There’s dark humor to be found among the pathos, and some of the greatest ’70s FM radio hits this side of Guardians of the Galaxy. Allow yourself to be ready for anything, and then beam aboard one of the year’s most original films.” – Movies.com

“Jack Plotnick directs this surprisingly dark space-set comedy and delivers a lot of laughs along the way. Folks who like their comedies with a dash of edginess and a dollop of WTF will find much to love here.” – Datz Hott

“A Groovy, Pitch-Perfect Parody Of 1970s Sci-Fi. I wish I could have floated in space with this excellent cast forever. It’s to be championed.” – Giant Freakin Robot

“Jack Plotnick finds the perfect tone for those cheesy, pre-Star Wars space operas (and) some real poignancy in the conclusion. Space Station 76 carries a distinctiveness that sets it apart, along with wringing every last drop from its content in an impressive display of creative efficiency. Guilty they may be, but the pleasures of Space Station 76 are undeniable.” – Mania.com

“What you don’t expect are the layers that are skillfully peeled away with dark humor. One of the things that I most enjoyed about the film is the way it lets us laugh at the characters without pointing and being mean. What might be easily glossed over as stereotypical renderings of life in the 70’s is given a lens of truth and honesty.” – Whedonopolis

“The conceit might suggest that the film is going to be a straightforward screwball comedy, but the final product is something, thankfully, far stranger. It nicely balances broad comedy with genuine characters. Loneliness is ever-present in Space Station 76 and Plotnick’s direction really shines in this department.” – DeadShirt.net

“Space Station 76 turns out to be quite poignant in its examination of loneliness and dissatisfaction. The movie gets a lot of mileage out of its small budget.” – Film Racket

“A super charming comedy…that will not fail to charm moviegoers.” – Den of Geek

“Oddly alluring drama-comedy. Jack Plotnick has created a ridiculously fun environment for his strange cast of characters to interact. Thanks to its 1970s vibe and rich character development, Space Station 76 is worth the journey.” – Film Jabber

“A film that is hilariously set in a nostalgic, 1970s version of the future and populated with hurt, dysfunctional, and yearning characters….a blend of humor, self-examination, and throwback sci-fi aesthetics. Fans looking for a kick of nostalgia and a thoughtful comedy should be sure to check out Space Station 76.” – Pop Optiq

laughter in the rain 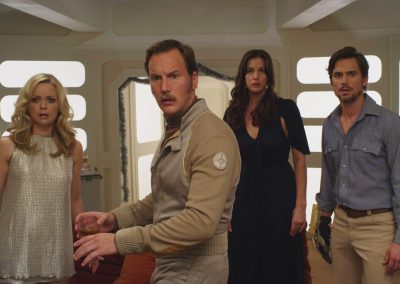 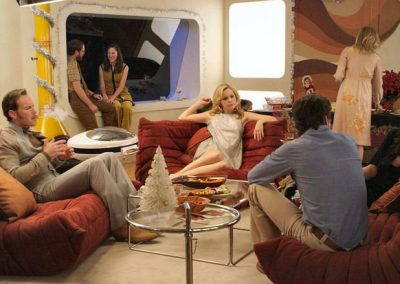 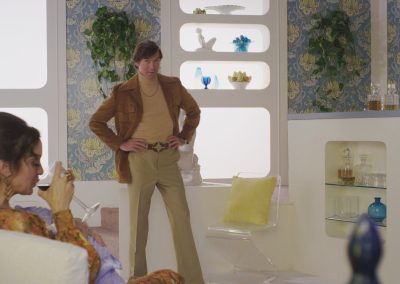 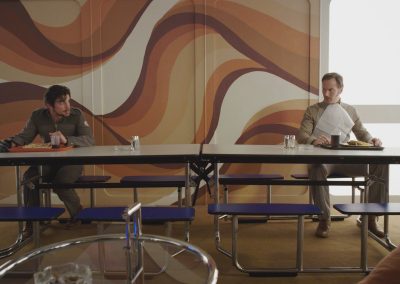 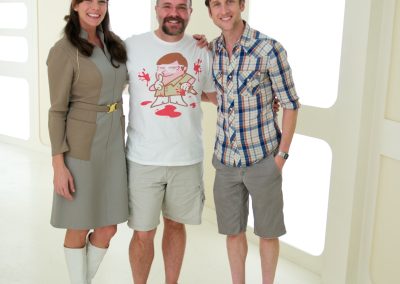 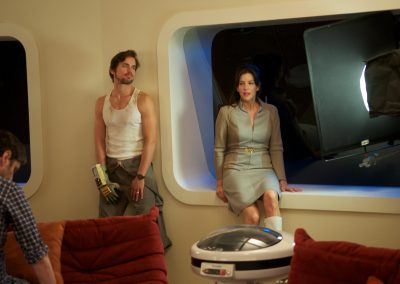 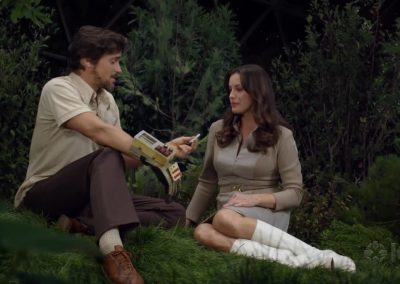 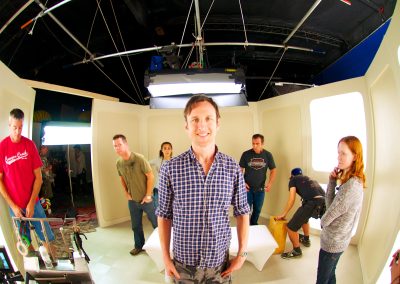 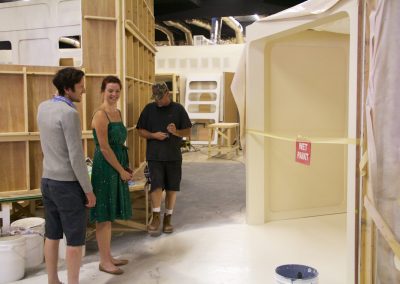 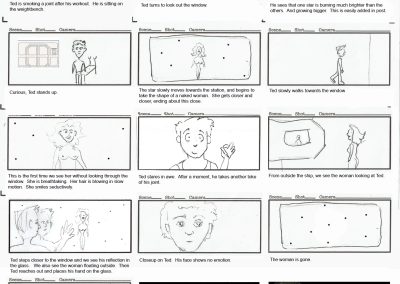 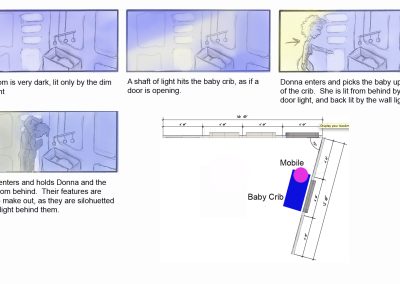 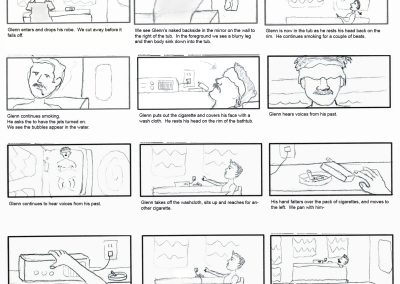 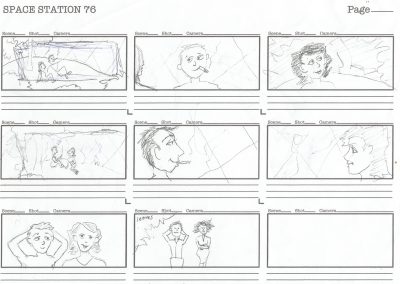